The art of marble inlay is essentially a traditional form of art ,where the work begins by careful planning of designs. After a design has been chosen, the “Ustad” sets the colour scheme and tonality of the design.

This is followed by careful selection of raw material (like various semiprecious stones and marble), which is hand picked by the experienced master craftsman. During this process special emphasis is laid on choosing various shades of  stones to give the right gradation and shading to the motifs.

Hence ,we bring to you the exclusive and exquisite range of  semi precious stones,used to manufacture the inlay artifacts. The selection of stones is broadly done as per the requirements of design pattern and to put a value to inlay artifacts.

Semi precious stones have always been a luxury status in interiors owing to their exotic and rare nature.The variety of colors and patterns found in a stone allow for a broad palette of possibilities.  So,let your imagination run wild!

Following is a list of the Semiprecious Stones often used for inlay: 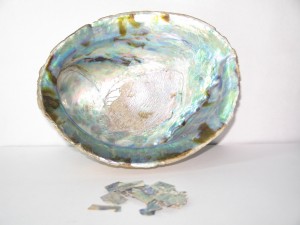 Paua is a member of the abalone family, native and unique to the cold ,blue waters of   New Zealand coastline.

Paua (Haliotis Iris) is the largest of the best known 140 species of Haliotidae worldwide.The color varies from greens and pinks to purples and blues and even gold or crimson tonings and the vibrant changing rainbows are completely natural. 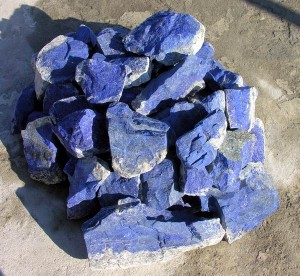 Lapis Lazuli is a gemstone of the kind that might have come straight out of the Arabian Nights :deep blue with golden inclusions of pyrites which shimmer like little stars.

The ‘stone of azure’ ,as it is also called ,is typically found in the risky terrains of Afghanistan valley and some parts of Chile. The main component of lapis is lazurite, a blue silicate mineral composed of sodium,aluminium,silicon,oxygen ,sulphur and chlorine . 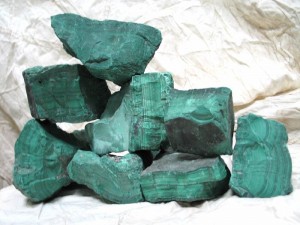 Malachite is a  mineral,the green basic carbonate of copper occurring in crystals.Also known as the ‘Peacock Stone’ ,it is translucent or opaque . The color varies from light to dark green,sometimes banded and sometimes sparkling.

Malachite is found in the Ural mountains of Russia and Africa .It is also a popular stone in the native American Southwestern jewelry. 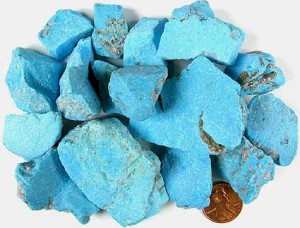 Turquoise is a basic hydrous copper aluminum phosphate where blue comes from copper and green from iron .Probably one of the oldest gemstones known,it was worn by Pharaohs and Aztec kings. Thus, finest blue turquoise in the world is found in Persia and Egypt. Its shining sky blue is one of the most popular trend colors in the world of fashion and crafts. 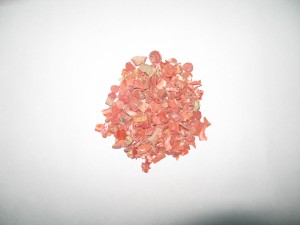 Coral is not a mined stone or mineral but an organic gemstone. The major deposits of coral are found in Japan and Italy. Its basic composition is calcium carbonate accompanied by around 3%  magnesium carbonate ,organic matter and traces of iron.

Moonga or red coral are found in many colors red,scarlet,saffron ,pink to vermillion red and white. 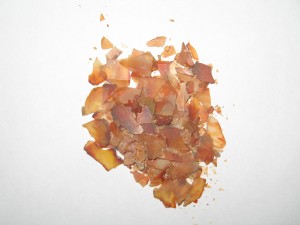 Carnelian or Cornelian,is a variety of silica mineral, chalcedony colored by impurities of iron oxide. Deposits have been found in Czech Republic, Slovakia, Romania, Brazil, Peru but most of the carnelian comes from India.The most favorable pieces are a deep orange to orange red hue like the Kornel cherry. It is a translucent stone with a vitreous,dull, greasy and silky lustre. 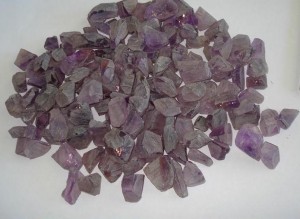 Amethyst is a kind of quartz or colored rock crystals containing silica.The presence of manganese in quartz gives produces this characteristic purple color. Amethyst is mined in Brazil,  Uruguay,Bolivia,Argentina and some African countries.

The Ancient Romans and Greeks believed that it prevented intoxication.It is transparent to translucent. 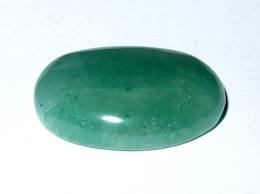 This gemstone has been known to man for some 7000 years and is famous for its toughness.Eventually it came to be called as the ‘Stone Of Heaven’ and formed the bedrock of Chinese culture .It has a discreet yet rather greasy luster and comes in many fine nuances of green.It is made up of two metamorphic rocks consisting of different silicate materials nephrite and jadeite. 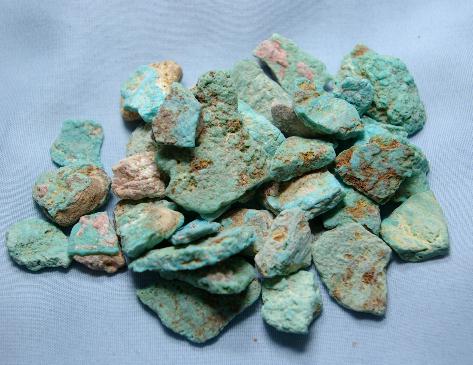 Also known as Utahlite,it is commonly found in Utah and Nevada as well as Queensland,Australia. It is sometimes confused with turquoise ,however it is green in color.The typical hue ranges from pale to emerald green.

Variscite is a hydrated aluminum phosphate mineral.It occurs as fine-grained,masses in nodules,cavity fillings and crusts. 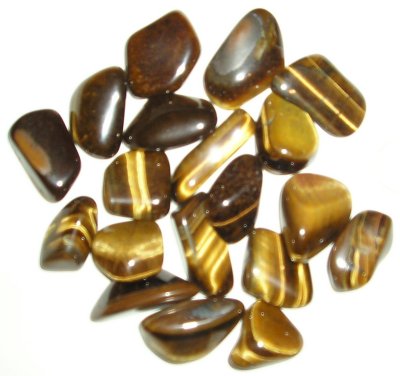 Like all quartz ,it is made up primarily of silicon dioxide.It is a variety of chalcedony,with a yellow brown color ,transparent to translucent and a vitreous luster.It is found in Brazil,U.S, India,Canada and Burma.It is the inclusion of croicidolite (blue asbestos) that causes a cat’s eye effect known as chatoyancy.

Each stone will display different colors according to the exact nature and amount of the inclusions.Tiger’s Eye is black with iron oxide staining that gives the yellow and golden brown stripes. 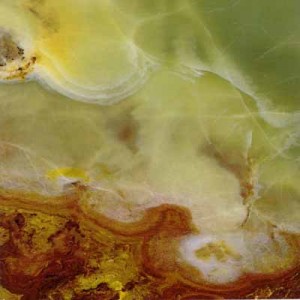 Onyx was very popular with ancient Greeks and Romans.Thus the name comes from the Greek word onux, meaning fingernail.A rarely found stone,it is known for its extreme elegance and vividness.Onyx is translucent, with natural colors and a variety of patterns.The colors range from an eye soothing green to exotic honey.

It is a variety of chalcedony, similar to Agate with straight rather than curved bands. 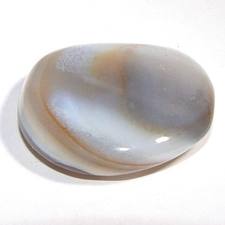 A fine-grained variegated chalcedony having its colors arranged in stripes, blended in clouds, or showing moss like forms.Agate is essentially Quartz.The name is derived from its occurrence at the Achates River in southwestern Sicily,Italy.

It is also found in Brazil,Uruguay and U.S. Characteristic to agate is a beautiful banding that can reveal fascinating shapes, forms and layers. Agate also has a gentle translucency that makes it fascinating to explore its inner world. 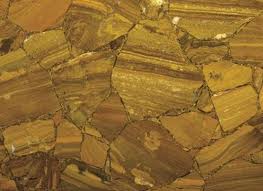 Jasper is an opaque and fine grained variety composed mostly of chalcedony, micro crystalline quartz, in association with other minerals, which gives it those colorful bands and patterns.A wide variety of jasper is found in the areas of the Unites States, California and Washington. It is usually yellow,brown or red in color ,rarely blue.